Happy April!  Hope everyone is doing well and getting some sun.  Don't eat too much Easter candy.

So I have received some information from the owner that the new second Waldorf Chick fil A will start construction April 19th and be completed in October of this year!  It is a much needed addition as you have seen the traffic trying to get into the current location.  Some improvements were just completed on that one as well.  We look forward to seeing it open. 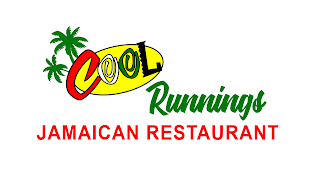 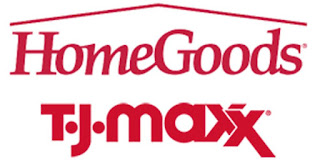 So in an interesting move, HomeGoods and TJ Maxx are moving from Waldorf Marketplace to the Shops at Waldorf Center.  HomeGoods will be located by Bobs Furniture and TJ Maxx will be over in the former Babies R Us space by Staples. I assume this is to get them more direct exposure.  The move will come Spring 2022. 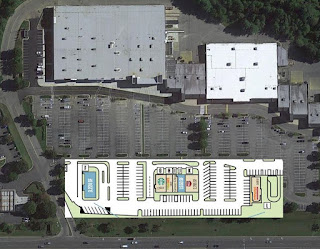 Fox Run Shopping Center in Prince Frederick has begun its expansion in the parking lot in front of Five Below.  Tenants include Starbucks, Tropical Smoothie Café, MOD Pizza, Great Clips and now Popeye's has been added as another freestanding building.  No opening dates yet as the schedule continuously changes.

Looks like there were some updates to the Shops at Waldorf site plan on their website. They have listed Homegoods and TJ Maxx moving over in 2022 (in the old Staples space and old Babies R Us space). Do you know if there is a replacement for them at the Marketplace or are they just moving on their own? Doesn't seem to make sense to split them up? Also it lists the Wendy's restaurant space as being available. Are they closing that location or are they planning to relocate somewhere? The route 5 location is super inconvenient if they are planning on just having that one spot in Waldorf. Do you know when Panera is planning their free standing location?

The new center with Chick Fil A has some spots listed as "at lease" on their site. Any word on what might else be coming?

Yes I have asked if I could post those because the tenants sometimes get mad if they dont get to announce moves themselves. They actually have clauses in their leases about that type of thing so im waiting for an answer.

Other than jersey mikes and starbucks there hasn't been any other tenants announced. I always wait for them to be fully signed before I say anything. Things change really quick.

Not much has been said on when they plan to move panera.

Any chance for a Home Sense shop in Waldorf, say in the vacant HH Gregg store?

Any words about that Wendy's in Shops at Waldorf closing or relocating? Also, with Shops at Waldorf finally being close to being more fully occupied any word on them finishing up with those renovations that they half finished? Most of the space looks really bad and not at all uniform.

I think At Home needs to take over the former HHGREG and Modells spot...Waldorf needs an At Home bad!!!

Hey Chris, do you have any updates on the 228 Business Center? Any idea what sort of tenants will be going in there?

Contact homesense and beg them to come. They need to hear from the consumer.

I have no fully signed tenants for the 228 business park. Its going to be more like an industrial park, warehouses and office space. a little retail, maybe gas station.

What are they building behind the Taco Bell in Waldorf? Anyone know?

I spoke about it in a previous post:
http://shashoconsulting.blogspot.com/2019/09/waldorf-park-coming-soon.html

Chris. Have you heard anything about Wentworths in Charlotte Hall? I heard a rumor that they sold their place there. But it seems up and running to me.

Must not be much going on in the real estate business these days.

Any chance Trader Joe's would be interested in coming to California?

Anyone have a grand opening date for Rock & Toss seafood restaurant coming to Waldorf Festival Plaza?