We are pleased to announce that Shasho Consulting has secured a new location for Nammo moving their local headquarters and manufacturing operation from Virginia to Indian Head, MD.  Nammo short for Nordic Ammunition Company, will take up temporary space in Waldorf while their new building is completed in Indian Head.  They recently established a 30 year public private partnership with Naval Surface Warfare Center for energetic products and will be making a significant capital investment in new facilities, equipment and human resources in Indian Head.

UPDATE 7/18/18
The Town of Indian Head has given preliminary approval of the building rendering. 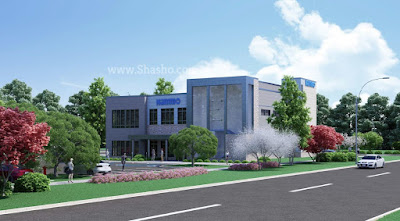 The building site is located on Route 210 & North First Street.


Nammo is an international aerospace and defense company headquartered in Norway. With 2200 employees across more than 30 sites and Offices in 14 countries, the company is one of the world's leading providers of ammunition and rocket engines for both military and civilian customers.


Bakground and Ownership
The company was founded in 1998, based on a merger of three major Nordic defense companies: Celsius AB, Patria Oyj, and Raufoss ASA. Today the Nammo Group’s shareholders are the Norwegian Government represented by the Norwegian Ministry of Trade, Industry and Fisheries (50 percent) and the Finnish Defense and Aerospace Group, Patria Oyj (50 percent).


Customer base
80% of Nammo’s business comes from national armed forces and national defense industries in the countries where the organization operates. The remaining portion of the company’s business is comprised of commercial sales of services and sports and security products. Of a 2016 revenue of NOK 4.1 billion (USD 490 million), nearly 90% came from sales in Europe and North America.
Posted by Chris Shasho at 5:01 PM 9 comments:

Thanks for continuing to check out the blog.  Never thought i would see that number.  Looking forward to all the new projects coming up.
Posted by Chris Shasho at 2:28 PM 4 comments: 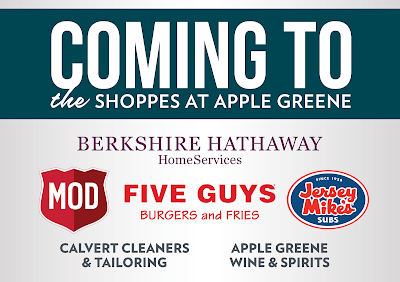 The Habit Burger Grill is now open at the Shoppes at Waldorf Center 2980 Festival Way.
Habit Burger started back in 1969 in Santa Barbara, CA and they have locations nationwide.  They specialize in char grilling beef, chicken, tri-tip steak and tuna burgers and sandwiches.  They also have a nice selection of salads and sides.  This is their first location in Southern Maryland.