Waldorf Station Land Has Been Sold 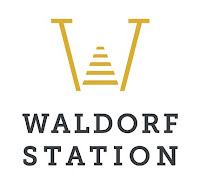 The 145 acres known as Waldorf Station, and was once where a Super Walmart was planned, has been sold by Chaney Enterprises to Greenburg Gibbons.  This new group is responsible for some very nice developments like Annapolis Towne Centre and Waugh Chapel Towne Centre.  We have worked with them in the past and I believe they are the right group to do a nice project on that property.  Their plan is to do an open-air mixed use development.  We look forward to seeing their design.

Demolition permits have been issued to remove some of the buildings on the property.  They may include the Chaney building, Waldorf Restaurant and former Embassy Dairy.


Just a reminder that due to the spam I get I have to approve comments and questions before they are posted on the blog.  So if you don't see your question or comment posted immediately that is why.
Posted by Chris Shasho at 4:00 PM 28 comments:

You Can't Have Your Cheesecake and Country Too


I've posted this before but its so far back in the blog now its lost.  I often get asked for a few of the same restaurants over and over.  Cheesecake Factory and P.F. Changs are at the top of the list.  Then there are the high end grocery stores like Whole Foods and Trader Joes and Wegmans

Why don't they come?  What stops them from opening up here?  Well here are the requirements they look for:

Population - The biggest factor.  The entire population for Charles County is estimated around 159,700 Calvert 91,502, St. Mary's 112,667 (all as of 2017).  And for reference Prince Georges County has a population estimate of over 900,000.   Places like the above mentioned restaurants want a daytime population of somewhere in the area of 300,000 within a 3-5 mile radius of the location. Currently the estimated daytime population of the mall within 5 miles is estimated at around 92,000. They want the restaurant packed at lunch and dinner which is why they go to dense urban areas.  On a regular lunch day you can walk into almost any restaurant in Waldorf with no wait time and that's not good.

Wegmans Grocery says they want high daytime population because they depend on the lunchtime crowd to use their food bars.  The issue in our area is that 65+ percent of our workforce leaves the county for work.  Which means our daytime population is lower than what they want to see.

Roads and transportation - Is the site on a major road? How many vehicles per day pass the site?  Does the site meet parking requirements? Does the company have a distribution site within a certain radius of the proposed location?

Government - Are they easy to work with? Do they want growth?  Are they business friendly? Any incentives to come to the area?  How long will the process take to get our site approved?

Land -  They want high profile corner sites with traffic lights and ease of access for their patrons.   They want sites along Crain Highway and we are running out of them.  Many that are out there have wetlands running thru them and you can't build near that.  Storm water and environmental regulations are constantly changing and take up more of the land so you either build a smaller space or have to buy a larger site which comes at a higher price.

So we either have to build houses and apartment and become a densely populated area which is not going to happen because nobody wants that, or stay a little country, a little city and be happy. 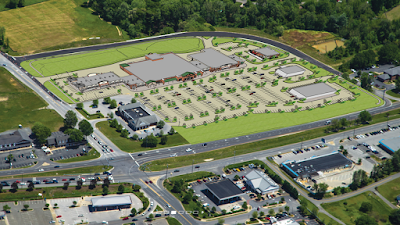 Harris Teeter will be opening a new location in Dunkirk, MD at the new Apple Greene Shopping Center.  The store is expected to open in 2018 and was just approved for a gas station on site as well. The center will be located on Rt. 4 and Ward Rd by the CVS.  Marshall's will also be in the Shopping center as well as Taco Bell.
Posted by Chris Shasho at 3:56 PM 8 comments: 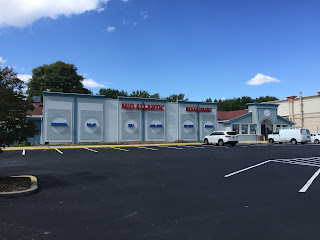 Mid Atlantic Restaurant has now opened in Waldorf at 3331 Plaza Way next to Mom's Organic.  They serve a large variety of items including seafood, salads, wings and chicken.
Posted by Chris Shasho at 7:29 PM 1 comment: 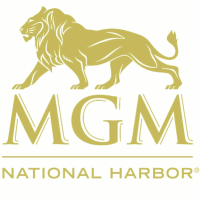