Happy June! Congratulations to all the 2021 graduates!  The past year has been very difficult to deal with and these kids are making history.  I wish the best for them and everyone going forward.

I'm going to mention a few things I have announced in the past but have been buried by months of other posts but we have some new things happening in the area as well.

Also I want people to understand some things about new commercial developments.  The county does not build retail centers. The county cant make a business open up here.  These are private companies that put out all the money to make it happen.  When you say things like "They should have fixed that old building over there instead" or "There's vacant space already over there".  Well that's not their property.  Maybe they didn't want to sell it. Maybe they wanted too much for it.  Maybe that building was so out of date it cost more to fix than to build new.  Maybe the land or building was too small.  There are many factors to consider.  What if you wanted to build a new home but everyone told you to go renovate some other one instead? 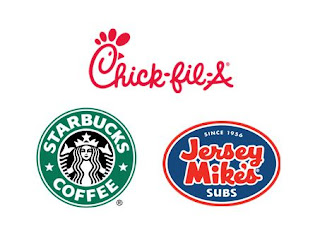 Waldorf Park is the new, 30,000 square foot shopping center that's going up near the corner of Route 301 North and Smallwood Drive.  It will connect by access road to the Cracker Barrel restaurant, Carrabba's and Hampton Inn.  Construction has started.   Tenants currently signed are Chick-fil-A, Jersey Mikes Subs, Nail Trix Salon and Spa, and a Starbucks with drive thru that I know many people have been waiting for.  This will be a second location for Chick-fil-A and not a relocation.  That should help with the long lines at the current location that can sometimes expand out onto the highway.  Chick-fil-A has a proposed opening of October 2021

New tenant for the Rosewick Crossing Shopping Center in La Plata.  Salsita's Grill will take over the former Spoons BBQ restaurant.  Should open by late summer. 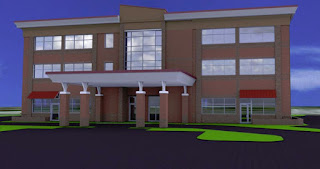 Construction has started on a new three story MedStar Shah medical building in White Plains next to CVS.

Charleys Philly Steaks will be coming to the Waldorf Shoppers World behind Chipotle.

There is a Dollar General being built in Marbury at 224 and Bicknell road. I'm not sure why they chose that spot.  That area is zoned for commercial by right. 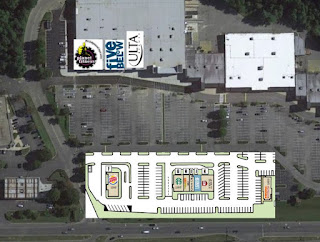 Burger King has been added to the list of new tenants for Fox Run Shopping Center in Prince Frederick.