Hello August.  There has not been much to talk about.  Lots of activity in the commercial world but not too many things opening this month.  It also does not help when Facebook and this blog site changes the setups and you have to relearn where everything is on the page.  Good times.  #choosekindness

We are now at stage three in Maryland 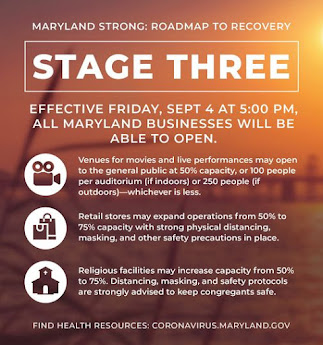 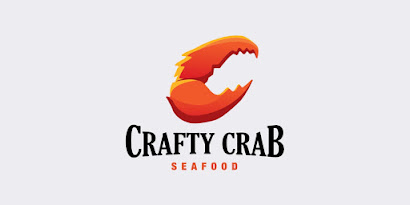 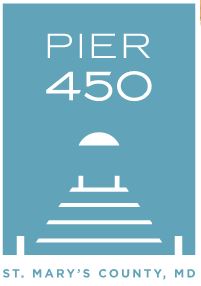 The former Scheible's Fishing Camp in Ridge, MD St. Mary's County is being renovated into a hospitality destination with restaurant, motel, shops and recreation area.  The restaurant called POV will open very soon.  The Quarters Motel is now open. Check out their web page and facebook:
https://www.facebook.com/Pier450inMD
https://pier450.com/

Third Eye Comics is opening September 26th in the Pinefield Shopping Center on Mattawoman Drive in Waldorf.  This is their fourth location.

Five Below coming soon to the Fox Run Shopping Center in Prince Frederick next to Planet Fitness. They will be located in the former K Mart space which is being cut up into smaller units.

Quickway Japanese Hibachi coming soon to the Shops at Waldorf behind the Mission BBQ in Waldorf.
Posted by Chris Shasho at 4:07 PM

What happened to Applebees in Waldorf?

I havent been told anything yet.

How hard would it be to get apple to bring a location to waldorf? Honestly might boost St. Charles malls confidence!

Seeing where others are located in Maryland I don't see it happening. Don't have enough density.

Chris,
With our bedroom community region transitioning now being able to work from home and with some "DC Money" staying in the area, any conversations on how to reassess the value of this area? Prior to the work from home initiative, plenty of folks who lived in CC would do all their shopping even after work in NoVA/DC, not even hitting a grocery store in their own backyard. Are the SoMD counties discussing any of this or looking for ways to accommodate "new" residents now spending money here and attract desirable tenants for all the newly available retail real-estate in the area?
Thanks for keeping this blog going!

We went to St Charles Mall over the weekend to get some new shoes for the kids and i noticed that Old Navy is no longer open. Is this permanent

There is area for new shopping tenants but its getting tenants that is the problem. They still look at the demographics as too low for any real high end users.


Old Navy I have heard thru rumors they didn't pay rent during the virus and the mall wont allow them to open.

Any updates on the Brandywine area? I see that Chevy's went out of business. Any update on who will take over that space?

I doubt they have anyone in their pocket to take the space. I hope they can get it filled but the virus has really beat up the restaurant industry.

So what you're saying is this is as good as it gets with regards to upscale shopping and eateries is the southern Maryland area....and nothing will change that fact..

Unless the population has a major uptick and/or more of our population stays in the area to work instead of leaving the county, I don't see anything bigger coming this way. Take a look at my previous post on the subject:

Looks like the Shops at Waldorf center has a couple of changes on their layout on their website. Freestanding Panera is shown next to Silver Diner and Rock and Toss is listed where Genghis Grill used to be? Is Panera possibly going to have a drive thru like some of their locations are doing?

I was just looking at that recently. Trying to fins out what a rock and toss is. There is a crab house in bowie with that name but I am waiting to confirm with the leasing agent.
Yes Panera is moving toward a drive thru concept.

God bless all that were affected by 9/11.

Can you comment on the Waldorf Urban Redevelopment Plan? I've read that phase 1 is underway. I'm not sure what the timeline is or if there are any substantial delays due to this cruddy year we are experiencing.

Are there any business commitments?

Any updates on the Circle K in Newburg

Any updates on circle k