I have been informed that the former Old Country Buffet space and perhaps adjoining spaces will be transformed into LA Fitness.  Details as we get them.  Some exterior constructions is under way now for the new facade.


UPDATE: Looks like they will be rebuilding the entire building so they can get the added height for the store.
UPDATE 4/17/15 They will have a swimming pool and basketball court in the building.
UPDATE 10/30/15 Grand Opening January 1, 2016  A Preview Center is now open by Men's Warehouse
UPDATE 12/3/2015  I have done a new post about this but i see most traffic gets directed back to this old post.   The basketball court was taken out of the space due to space restrictions.  The interior work is underway.
Posted by Chris Shasho at 2:21 PM 26 comments:

The former Bell Motors car lot on Washington St. has been purchased. The property will be redeveloped into retail pad sites and the building will be renovated into retail spaces.  Dunkin donuts will be on one of the pad sites.  This project is in the early stages and still must go thru approvals. 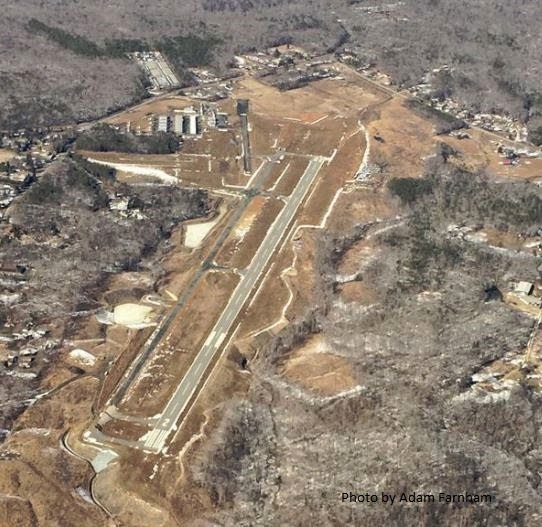 For many that don't know, Maryland Airport is a privately owned public use airport located in Pomonkey, MD and has been around since 1945.  Currently the runway is 3,740 ft which fits well for small engine planes and small private jets.  It can also accommodate helicopters and has fuel on site as well as hangars available for storage.  The airport also provides support for state and local law enforcement and emergency services.
What many also don't know is that its part of the Federal and State integrated transportation plan which designates the airport as a reliever for Regan National.  So basically if there is an emergency they can divert small corporate aircraft here if needed. It is the closest regional airport outside the no-fly zone.  Future plans are to add a small terminal and extend the runway to to 4,300 ft to attract more businesses users and also people that want to fly into the area for the attractions nearby like the National Harbor.  This will be a great help and can create jobs that coincide with the airport like aviation engineers, technicians and maintenance workers.  From a 2013 economic impact study it is reported that the airport contributes more than $9 million annually in the form of direct and indirect business revenue.
Posted by Chris Shasho at 5:23 PM 4 comments:

We have leased the former Arbys in Lexington Park to Dairy Queen.  Renovations should begin very soon and be open by summer 2015.
Posted by Chris Shasho at 4:55 PM 11 comments: