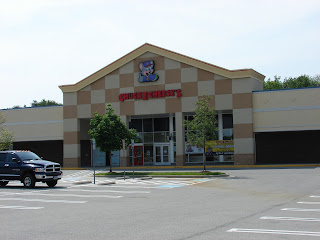 The new location for Chuck E Cheese will be hiring on site on May 23rd starting at 2:00 at the Charles County Plaza.  Planet Fitness will be joining them at this location in the future.

Brandywine Crossing phase 2 in in full construction mode and we will have lots of space to fill.  The two major tenants for this phase are CarMax and Great Escape Theater.  also on site will be Navy Federal Credit Union, McDonald's and Cheddar's.  Philly Flash is in negotiations as well as a few more I can't reveal until the lease is signed.  Sorry no Cheesecake Factory, they are just not able to work for our area.  More to come!

UPDATE:2/15/2013  Trailer on site for applications for Xscape Theater and here is their facebook page:  https://www.facebook.com/XscapeTheaters?ref=ts&fref=ts

Well I just got back from vacation and things in the county are moving right along.  It's great to see lots of construction in the area which means more jobs!  Here are a few highlights on whats going on: 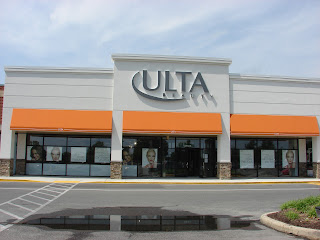 ULTA Beauty should be opening mid summer at the Shops at Waldorf.  It is located near the Christmas Tree Shops store. 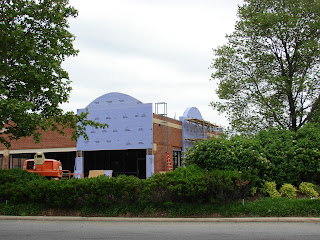 Cafe Rio is moving right along as well in the shops at Waldorf.  They are taking over the former Prudential realty location at the entrance from 228.  They are moving in kitchen equipment already so I think we are looking at a mid summer opening.  They are doing some cosmetic changes to the outside of the building to bring it out of the 90's 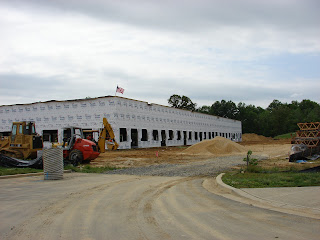 I've got a 24,000 square foot office warehouse going up fast behind our building in White Plains, for sale or lease.  no tenants yet but we should see some contracts soon. 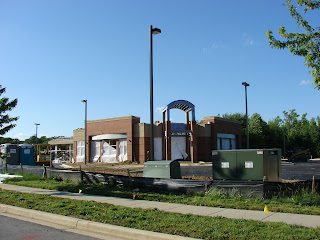 BB&T in White Plains is fully enclosed now and the parking lots is being paved.  The current White Plains branch will close at the end of May. 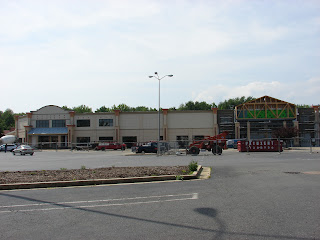 The Blair Center is moving so fast now they already have stucco on the building after i took my pictures.  Tenants include Kids first swim school, Beauty 4 U & Mom's Organic Grocery which I know a lot of people have been asking for.  Kids first is already advertising for enrollment.

Some other projects in the area include:
-Bookstore and a Japanese carryout for Merchants square in White Plains which both will open later this year
-Waldorf Thrift store opened in Pinefield
-Dr. Suresh Patel's medical complex opening in the next few months on old Washington Rd. behind the Applebees and Hooters
-Davita Dialysis opening early summer in our building at White Plains Corporate Center
-Go Waiter at 2 post office road that delivers restaurant food to your home
-Hubbards Southern Grill which takes place of the Captains Table at the St. Patrick's Centre
-Sweet Frog Frozen Yogurt which will open later this summer at 105 Drury drive in La Plata next to Chipotle
-Reflexion Dominican Hair salon coming soon at the Shoppes at berry rd. next to Wawa
-Chuck e Cheese moving to Charles County Plaza near Giant and Sakura
-Kenney Staffing has moved their office to Franklin Square at 50 post office rd.